Winding House No2 Opens Its Doors 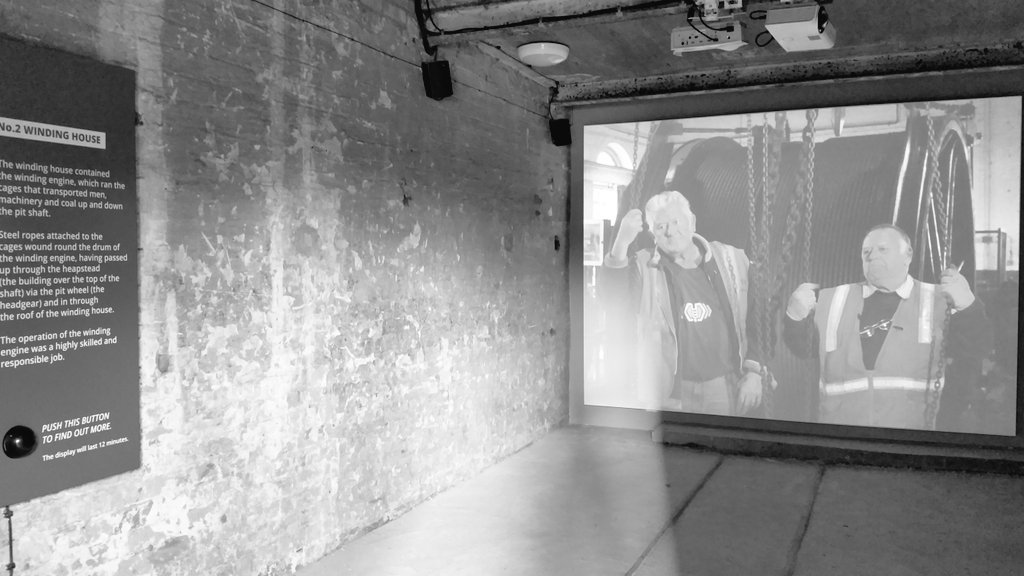 LamasaTech have been working with the team at Woodhorn Museum & Northumberland Archives to create an engaging exhibition for its visitors. Using the latest in AV technology we have developed an accessible interpretation for No2 Winding House.

Woodhorn museum & Northumberland Archives is located at the heart of the original colliery at Woodhorn. No.2 winding house was created to house a second winding engine providing a second exit for the men working underground. The structure was built between 1899-1900. This second winding wheel was required by law following the Hartley colliery disaster nearby in 1862. This disaster occured because the pumping engine beam broke and then fell down the single shaft. This blocked the only means of escape and fresh air. Because of this 204 men and boys lost their lives after becoming trapped and overcome by carbon monoxide poisoning.

The role of a winderman was essential to the running of the colliery, they not only moved the coal to the surface everyday but they were also in control of delivering the workers from harms way in times of crisis. No2 Winding house is the last Victorian engine house in Northumberland that still contains a working winder.

The exhibition building was previously used as a storage room and although there was access to the winding wheel on the top floor this was extremely limited.
Lamasatech were asked to create an accessible exhibition space that would engage and educate audiences about the winding wheel.

We designed and developed three unique projections for the exhibition, all of which were engaging, educational and historically sound. The first projection is an animated mine shaft, projected onto one of the original brickwork walls providing the perfect backdrop for this authentic content. The projection creatively visualizes exactly what a mine shaft would look like, featuring animations and movements of the men, materials and the lift which is shown moving up and down the shaft.

We used maps of the mines to accurately create the mineshaft scale and created realistic movements of the cages and suspension ropes based on travelling speeds. Facts and creative guides fade in and out flawlessly, naturally educating the visitor at each step. All of this coupled with an immersive soundscape recorded from the winding machinery itself and archived soundtracks really brings this feature to life and transports the audience to a different time.

For the second projection LamasaTech filmed and directed an interview lead video in which two ex-windermen are featured. We planned, directed, filmed and fully edited this film clip adding independently recorded audio to create a realistic and immersive soundtrack.

For the third projection we used archived audio images and video media to create storytelling timeline to engage and inform the audience from a firsthand perspective. The team at LamasaTech edited the audio, images and videos to ensure the highest sound quality and the best visual experience possible, handling all editing and production, ensuring all copy right laws and credits were taken into consideration.

Read more about the exhibition here: